“A controlled opposition is a protest movement that is actually being led by government agents. Nearly all governments in history have employed this technique to trick and subdue their adversaries”.  Vladimir Lenin  “The best way to control the opposition is to lead it ourselves.”

For the oligarchy’s pyramid  system to maintain control  of humanity they must have control of both “sides”.

Though this is obvious many people think the political freak show of lies is real,  they still believe in “Democracy” . “Democrats & Republicans” “Left & Right” “National and Labour” people still  think voting for the corporate candidates does something other than supporting  the Corporation, giving it authority over them. People even think they can chose candidates when in fact they don’t  in a rigged and unverified election  process set in place by clever tyrannical rulers.

There are thousands of wolves running around in sheep skins.

When people started waking up to widespread govt corruption and the  democracy lie they turned to  “more alternative”  activist sites which are also full of meme planting &  mind programming. The media is running hot with and absolutely riddled with controlled opposition.  Those msm media darlings leading TPPA protests are corporate minions. I invite you to think about it, for why would so called “lefty” media personalities  be openly schmoozing  with  corrupt crusty old politicians Labour MP’s (that have sworn an oath to the UN ) .

Why would a prominent  NZ law specialist wait many years to file in the high court to get disclosure of TPPA and then not even name the people of NZ as applicants (or co applicants)?

“Most of the heads of “unions” of all professionals and working class  (*NZMA, NZNO & unite) have been corrupted as  controlled opposition”. Now the medical union heads  are spinning the “higher cost of drugs” as the isolated  problem with an undisclosed corporate drafted  TPPA (which they have yet to even read). Like a tap the corporate media  turns them on they drip out only a drop of truth and then are turned off.

The working man unions are also used  to make distractions e.g  the boycott  (only) Talleys  “must support meat workers”  and not think about the loss of national sovereignty (TPP) , or the treasonous MPs or even consider the agri -business, animal rights issues and food distribution monopoly ( that  pay most a min wage). The majority of  people used in these movements are sadly just “useful idiots”.

The main purpose of controlled opposition is to distract from the truth in these movements, to eliminate all free in depth public debates and actions against the Crown. In short  to make the opposition   say and do what the Crown’s corporation wants .

“By way of deception, thou shalt do war.”  And by deception the Crown’s corporation  continues to wage a war on the people.

How much should life be respected and revered? Put dodgy accountants in top positions to run the ailing hospital and find out…here comes the birth of the ministry of health’s  price of patient’s life calculator.

These two  New Zealand ministry of health employees  say life is not worth much and  they have a calculation to put  a price to  on what they think Life is and what its worth.These ignorant fellows look pleased with themselves. Now the govt  can say your life is not worth emergency medical care (or acute life saving surgery if you are bleeding to death) based on their calculations on the value of your life to the corporation.

The ugly  truth is that the ministry of health  are  trying to cut ACUTE medical care  and health costs for  itself.

It has nothing to do with society.These  ministry of health calculations on the price of life mean now human rights (NZBORA and other protective legislation)do not apply in the case where the ministry of health (govt) does not think your life is worth medical treatment.

If it was a concern about  public funding   the corporation(govt)  chooses to borrow money with interest from private banking cabal in the peoples name   instead of creating the money itself without interest. The corporation (govt) has used  the people to borrow money to bail out banksters and other nefarious criminal  actions which were certainly not for the public’s benefit and were not subjected to any cost benefit calculations .  The reduced health budget for the public does not provide for public needs, the health budget   is but a small fraction of  the mountain of odious debt created by the NZ corporation(govt).

I have known about this toxic  and growing anti -life ideology in the hospital which has spread like a cancer in the NZ medical industry for some years now, markedly  since 2001 when the govt created wasteful 21 District Health Boards. With the 21 Health Boards the focus changed, clinical input was slowly phased out, the only Drs input used now is that of corrupt medical providers supporting govt corporate policy.

As the cancer of DHB policy spread, metastasis of active euthanasia and forced euthanasia is seen as routine and in many forms for high cost patients.  Increased patient injury and deaths occurred and these figures are manipulated by the DHB whom are  denying their actions and refusing to investigate and address patient complaints.

The “ministry of health” have tried to  degrade  and devalue life. The repugnance of their work is  a concept that lies beyond their ignorant  corporate  slave minds.

The Human Rights Commission would  not accept the formal complaint ( on grounds of the loss of human rights and degradation)and have advised to take it to the Govt’s “ethics committee”  which does not exist .  The Govt’s degrading new calculator which means the  loss of the right to access medical treatment and medical care for select groups. 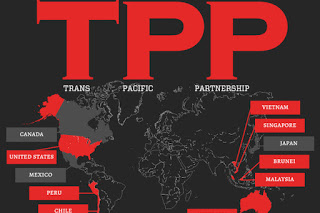 No undisclosed agreement can be lawful.Wikileaks unverified leaks do not amount to disclosure.